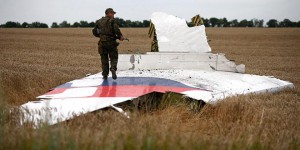 An armed pro-Russian separatist stands on part of the wreckage of the Malaysia Airlines Boeing 777 plane after it crashed near the settlement of Grabovo in the Donetsk region, July 17, 2014. The Malaysian airliner flight MH-17 was brought down over eastern Ukraine on Thursday, killing all 295 people aboard and sharply raising stakes in a conflict between Kiev and pro-Moscow rebels in which Russia and the West back opposing sides. REUTERS/Maxim Zmeyev (UKRAINE – Tags: TRANSPORT DISASTER POLITICS CIVIL UNREST) 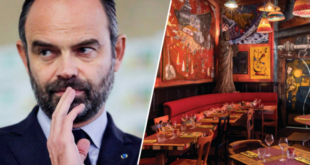 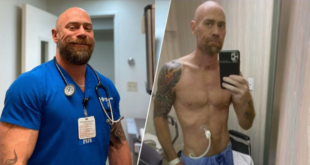