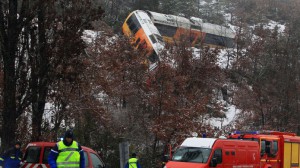 Gendarmes and rescuers mobilize for search and rescue operations by a train wreckage near Digne-les-Bains in the French Alps after a train derailed on February 8, 2014. Two people, including a Russian woman, died and nine others were injured on February 8, 2014 when a train derailed in the southern French Alps, authorities said. The train was travelling from the coastal city of Nice to the town of Digne-les-Bains and came off the tracks after hitting a rock on the rails, firefighters said. AFP PHOTO / JEAN-CHRISTOPHE MAGNENET 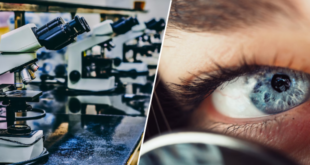 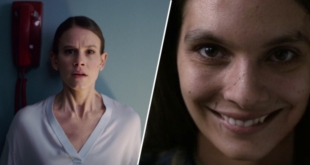 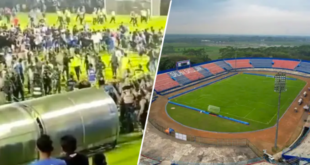